Zionism has become a national ideology of Israel and most of the people residing in Israel believe in Jewish nationalism. They also think that Judaism is also a nationality and they have every right to get back their ancestral land and live there. This claim is justified by the fact that every Chinese have a right to live in China and every European has a right to stay in Europe, in the same way, Jewish people must get back to their ancestral land and they have every right to settle there.

There are a number of school of thoughts that carry different opinions in this regard. Why Jews came back to Israel and why they are settling there for an unknown time period is a huge debate. The geographical location of Israel is a great complication as Palestinians and Arabs have a great connection to this place. The long-standing Israel-Palestine issue is a major outcome of Zionism. There are many sane and insane voices that are in support of and are against this approach. Many Jews think that Zionism is not what their religion represents and it is a lethal combination of nationalism and Jewish identity that has been misrepresented at several levels. The Israel-Palestine conflict has taken deadly turns in the past and it is still an issue that is a huge concern for the entire world.

The quest of Jewish people to return to their biblical kingdoms of David and Solomon began in the 19th century. It was the time when Europe experienced a great surge in nationalism and this played a decisive role in enhancing Jewish nationalism too. Jewish nationalism was turned in to an international movement in 1896 and it was the time when it turned out in a full-fledged movement. This movement inculcated the thing that Jews must have their own homeland and they cannot survive without their own country. This international movement gained immense attention and Jews played a great role in taking this movement to next level. 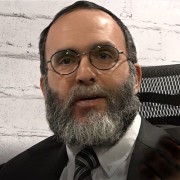 Yaakov Shapiro is the author of four books, three of which are written in Rabbinic Hebrew-Aramaic, and numerous articles dealing with Jewish philosophy and law. In addition to it, he has developed a great understanding of Jewish nationalism and Jewish philosophy.

Everything You Need To Know About Zionism!unratedYaakov Shapiro2019-03-04 02:39:54Zionism has become a national ideology of Israel and most of the people residing in Israel believe in Jewish nationalism. They also think that Judaism…